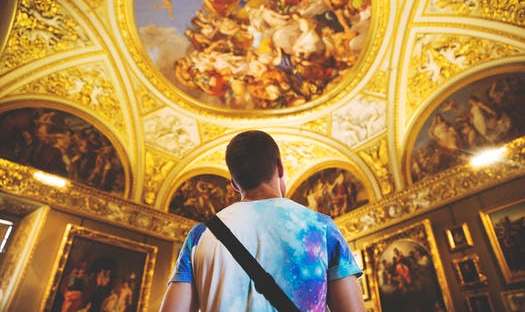 I was reading an article about yoga on a website called the Richness of a Simple Life. It was about the eight limbs of yoga, only one of which is physical yoga practice (the others are about meditation, stillness of mind, practicing self-kindness). If you’re interested to learn more, dear one, I suggest you read the post in the link above!

One of the practices, brahmacarya, which can be interpreted as directing your energy to what’s important really caught my attention and I started writing this post by wanting to unpack it a bit with you. I think this is because I’ve been prone to direct my energy into what’s clamouring the most for attention – work, social invitations, chores – instead of truly listening to what’s right and important for me.

So I started to do some research into brahmacarya to understand a bit more where it comes from. And I suddenly found myself falling down the Alice-in-Wonderland-like rabbit hole into a world of conflicting debates about what brahmacarya really means.

To some, it means staying celebate – holding back from the physical urges that might cloud your ability to focus on the divine. To others it’s about staying aware of the divine consciousness (God) that’s in everything (the word brahmacarya literally means moving with (carya) God (brahma)). And others will interpret this word as being mindful of not pushing yourself too far on and off the yoga mat.

So what does Brahmacarya mean for me? I frankly don’t know and am not sure where this leaves me or this blog post. But it did bring back memories of how I often felt when I was a practicing Christian in my late teens and early twenties…a deep dissatisfaction with the model of listening to someone preach at the front of the congregation and taking what they said as truth without questioning, mulling the thoughts over, engaging actively in what something means to me on a personal level.

Because I want to decide for myself what something means. I want to engage with hard truths and mull over different ways of viewing the world and ultimately come to my own conclusions.

I suppose it boils down to my belief that there’s no definitive truth when it comes to subjects that are as subjective as belief, morals, faith…everyone will have a different experience in life and their beliefs, morals, faith will be coloured by what has happened to them. It leads me to question why our society is built on so many systems (education, religion, groups) that hang on individuals following the same rules together.

I suppose it makes life easier, neater, more controllable but it stamps out the richness of individuality, the value of debate, the beauty of discovering something for yourself.

And as I sit with these thoughts, I can see a different way of being in my life. Perhaps a future of engaging in topics I’ve shut myself off from, such as religion, but doing it in my own way:

It feels strange to think of this new way of being. Even though it’s simply a mindset shift, it feels rebellious to me in some way. Perhaps it’s because I’m letting go of the well-behaved girl who followed what others told me and complied with authority.

Perhaps it’s because I’m shedding that which no longer serves me.

And it feels really good.